Jorge Godoy Roman is a founding partner of GUN Architects.

Since 2008, Jorge has worked internationally for the Architectural Association in London, TU Berlin, London Metropolitan University, Institute of Advanced Architecture of Catalonia (Iaac), Centro de estudios Urbanos Torcuato di Tella in Buenos Aires and Universidad Técnica Federico Santa Maria in Chile. In 2011, Jorge’s practice was awarded with the first prize at the Young Architects Program International YAP, for their Water Cathedral Installation. In 2015 has been shortlisted at the New London Architectures Awards and won the German Design Council Iconic Awards Prize in the category of public space pavilions. Currently he is designing and building a large-scale project of Rural Urbanism in the north of Chile.

Ana’s current interest is to imagine how architecture and technology disrupt the idea of sustainability –she works to reconfigure the idea of value creation that is not only there to satisfy human desire but also to work within the laws of nature required to sustain life on earth and support regeneration.

Her nomadic spirit made her live in Moscow, Belgrade, New York, London, Paris and now Berlin, she is speaking more than 6 languages, which even more enhances her systemic thinking and empathy towards this magical whole that we are all part of -called Earth.

Ana came to Berlin in 2013 through RAVE –Artist Residency where she worked on an artificial mountain project. Before starting Animalesque VS Ana was teaching and had research positions at Columbia University NYC (2001), Architecture University Belgrade (2006),TU Braunschweig (2013-18) and TU Berlin (2018). She organized a number of conferences and lectures aiming to combine living matter and architecture such as City on Water, Post socialist Waterfronts, Hortitecture, Bio Berlin and Animalesque. 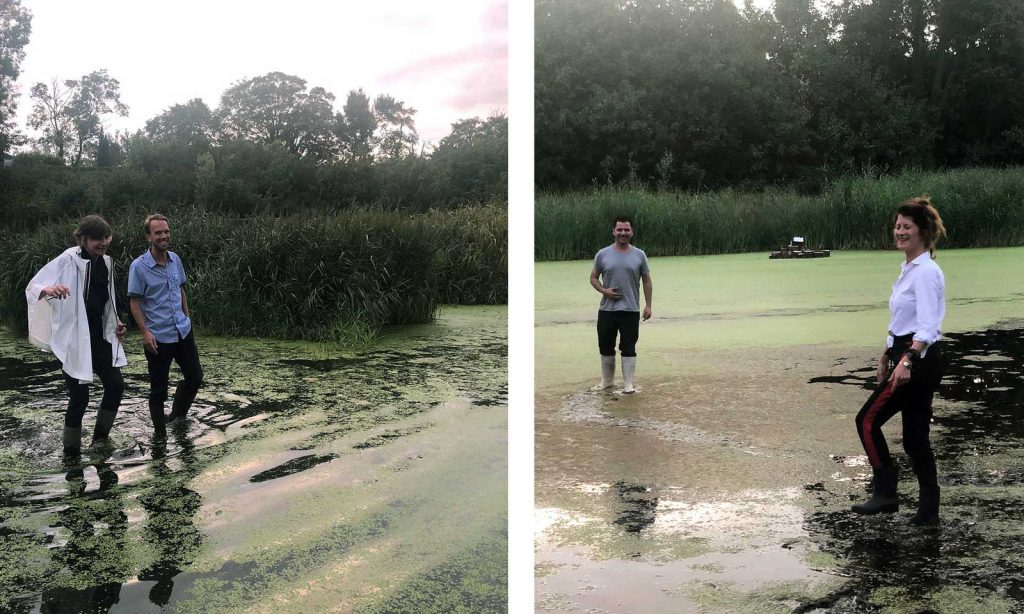 Sjoerd Krijnen is a Dutch architect and teacher with work experience in the Netherlands, India and Berlin. In the Netherlands he worked at ZJA (2002 – 2006) and AAENP (2007-2014) on the design and realisation of buildings and structures that are deeply rooted into the Dutch land- and waterscapes, like pumping stations, public transport hubs and highway masterplanning. From 2014 till 2017 he lived and worked in India, working in the Design and Research Cell of RSP Design Consultants in Bangalore, and teaching and advising at the Nitte Institute of Architecture in Mangalore. The sensitive Indian approach to embedding nature  – including animals – in daily life triggered him to take up this subject through Animalesque when moving to Berlin in 2017.

Erika Mayr is a gardener and a passionate beekeeper. Founder of stadtbienenhonig, she keeps honeybees for more than 10 years. She loves the buzz of bees and shares the inspiration bees create with a lot of different people. Honeybees produce delicious honey within a 3 km radius around the hives. Honey conserves not only sun-energy, pollen and nectar of trees and flowers but also the atmosphere and the mood around the hives. With different apiaries spread over the city she harvests every week during mid-May and mid-July and shows how nature changes over the time through the taste of the honey. Working with honeybees connects us with nature, opens our senses and teaches us about care for animals (small-scale agriculture).

To comprehend the enormous diversity and richness of the Animal Kingdom we will bring together a wide range of experts with different backgrounds and skills: architects, ecologists, philosophers, bee keepers, politicians, musicians, orthinologists, urban planners and activists, among others.